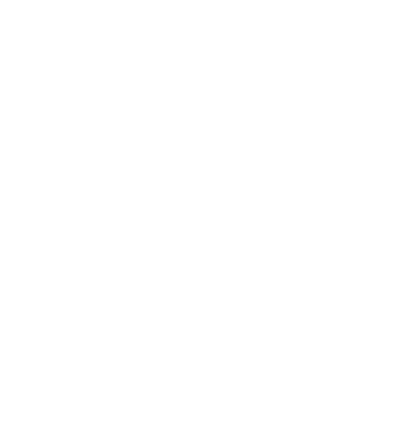 During their careers the FIOR team has gathered a rare and unique experience of leading, planning, training and responding to an array of professional challenges.

Tommy Mann retired as Director of Service Delivery from Central Scotland Fire and Rescue Service after 30 years’ service, for the greater part of his career Tommy had a senior manager role, with the last 6 years in a principle management post retiring as Deputy Chief Fire Officer. The whole of Tommy’s career was in a uniformed operational capacity, with a significant time as Fire Safety Enforcement Officer.

His role of Director of Service delivery encompassed the responsibility for all operational aspects of the service, fire safety, community safety and control and mobilising. As an instructor at the Scottish Fire Service Training School and later as an invited lecturer he taught on the Specialist Legislation Course. He also was an invited lecturer to the Scottish Police College on the topic of Fire Investigation.

He is recognised as a gold level commander for CBRN (Chemical, Biological, Radiation and Nuclear) incidents and has attended Winter Bourne Gunner as part of that accreditation.

In 1999 Tommy was awarded an MBE for services to the Fire Service, he also achieved the qualification of Graduate of the City and Guilds Institute in Fire Service Management. He is also a D32 assessor and has a NEBOSH Certificate in Health and Safety. In addition Tommy is a certificated Member of the Institute of Fire Safety Managers.

Tommy on behalf of the Chief Fire Officers Association(S) (CFOA) chairing national working committees He has a wide and considerable experience of incident command in a broad range of environments from the petro-chemical industry to transport, commercial and industrial incidents.

Tommy will play a lead role in the training delivery of the Diploma of Integrated Emergency Management.

Joe completed 34 years of Police Service with 15 years at a senior executive management level completing his service as Head of Operational Policing retiring in the rank of Chief Superintendent. The majority of his service with Central Scotland Police was spent as a ‘career detective’ rising to become Head of the Criminal Investigation Department. During this period he led a number of high profile murder and serious crime investigations

During his career Joe played a lead role in the terrorist enquiries resulting in the successful arrests of a PIRA active service unit and a UVF gun running team in Central Scotland ; the initial response and full investigation of the Dunblane Primary School tragedy ; the planning and command of the Central Scotland Police response to the G8 Summit. Joe was a recognised national and international speaker on a variety of policing subjects and incident management.

He was an accredited and authorised ‘Silver’ or tactical commander and ‘Gold’ or strategic commander for Firearms Incidents. Joe was also a fully trained and experienced Incident Commander in regard to disaster management including a number of major incidents which occurred within the Grangemouth petro-chemical industry.

Between 2007 and 2012 he was an accredited SQA assessor with the Diploma of Police Leadership and Management delivered by the Scottish Police College.

Joe will play a lead role in the training delivery of the FIOR of Integrated Emergency Management.

Carol is a qualified Scottish Law Accountant who has a significant and broad experience of organisational administration and financial management across the legal, private health and public sectors.

Carol is responsible for all matters connected with the management of human resource, finance, events and training delivered by FIOR.

Carol will be responsible for the administration and candidate matriculation in connection with FIORDiploma of Integrated Emergency Management.

Douglas Dick is a Graduate of the Institute of Fire Engineers with over 30 years’ experience in the Fire and Rescue Service with 15 years at Silver command level.    During that time he has delivered industrial and commercial training to a number of large companies including specialist fire safety advisor to major A&E hospital.

Qualified with a BA in media and communication, Diploma in Public Sector Leadership and NEBOSH general certificate, Douglas has also studied at the Emergency Planning College in Easingwold and is a trained fire investigator.

During his Fire Service career Douglas was the media and communications officer during a number of major incidents including the multi-agency response to the G8 Summit and had regular involvement in multi-agency planning and exercising within the major incident command and control centre at Grangemouth.

The last 4 years within the Fire and Rescue Service was spent within the Response and Resilience Directorate preparing for and delivering major organisational change, aligning policy and procedure during the significant period of organisation transformation.